(continued…)
We put all of our luggage on the porch and as we all stood outside the children then started filing out of the orphanage in single file singing a song for us and gave each of us a bouquet of flowers. My heart melted as I ran to my backpack to grab my camera. They each gave us a hug and I got my very own bouquet. I had never been so happy to get flowers. In those few minutes outside of an orphanage in the Kathmandu valley, a bunch of kids stole my heart and never gave it back. We proceeded to go inside to their main classroom area where they sat single file on some mats. Then each of them introduced themselves and said their name, grade, and age and something like â€œI am glad to meet you.â€ Their English was quite good. As each one introduced themselves, I was just overcome with excitement and love towards them. Then we introduced ourselves. I told them I was 24, played guitar and was very happy to be there. I was more than happy to be there.
We eventually lugged all of our junk up to the fifth floor, where we had a surprisingly nice living arrangements. The guys had 2 rooms with a bathroom, as did the girls. Only 2 beds on the guys side and 2 on the girls, but with sleeping bags and mattresses it all worked out. We had a short team meeting, but I was anxious to get back to the kids. We soon went back down where I got to know Daniel, David, and Philip as well as many other amazing people. It took a bit to learn all the names. Jen was a bit quicker than myself, but I got them soon enough. Eliza, Mary, Ruth, Hannah, Angel, Christina, Rebekah, Puja, Noah, Samson, Philip, Daniel, David, Abraham, Samson, Timothy, James, John, Mahyma, Mamata, Emmanuel, Ezekiel, and other house parents and helpersÂ were the beautiful people that blessed my life.
The olders one soon got home from school and met us with hugs as well. Soon we made our way outside where I ended up in a 2 on 2 football (soccer) match where the goal was instead a small wood post on the concrete to knock over. It was quite fun, but my out-of-shapeness also made itself apparent. Way worth it though! After that we washed our feet in a beautiful little stream. Then armed with hand sanitizer, I headed to dinner.
I donâ€™t quite remember what we had for dinner that night, but all in all the meals were quite good. We ate by ourselves before the kids came in to eat. Nepal and Soppana would sit there and we would make conversation. It was a bit awkward as I would just rather everyone eat at the same time, but I suppose that styles of service is apart of their culture. We drank TONS of bottled water. I handled that water- it didnâ€™t stand a chanceâ€¦
After dinner, the kids then ate and then we got to hang out with them some more. In America, kids will usually bring you a book and make you read it to them. Here, the kids would bring us books and read it to us. It was quite fun! Their English was terrific. I would think it would be like, let me read this short paragraphâ€¦ Ha! Sometimes it would be short, other times it would be quite long stories or passages of Scripture. I didnâ€™t care. As long as I was with the kids, I was cool.
After a while the young ones went to bed while the older ones stayed up a bit longer to work on their homework. Their discipline was provoking.
I eventually made it to bed. The bed was quite hard but I had never seen such a beautiful place in my life- literally. I was excited to be there and looking forward to the days ahead. I had no idea what I was in for. 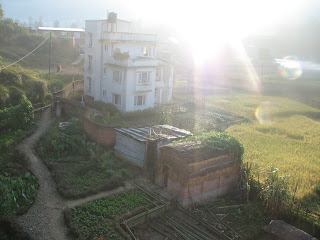 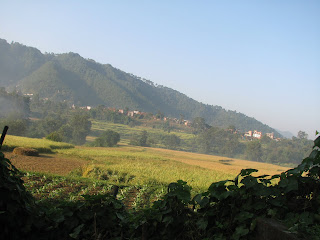 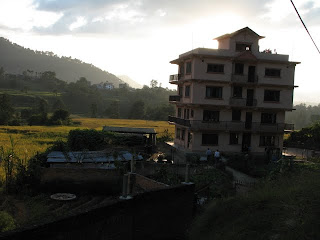 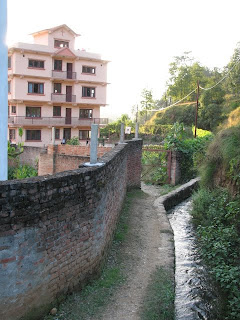 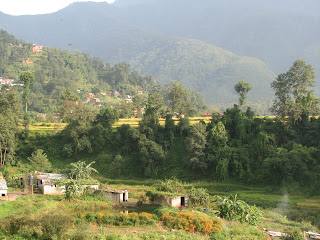 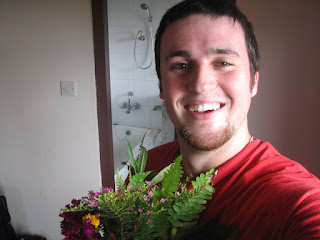 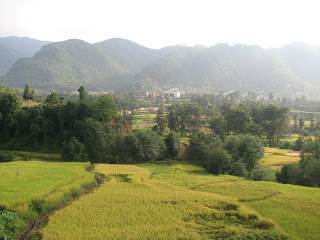 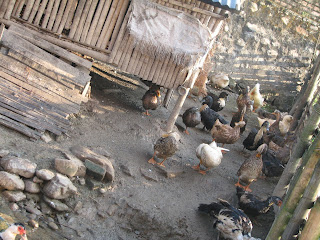