(continued…)
We were planning a building a playground that had been donated and already shipped. We found out that the company who was holding it was asking $15,000 USD to release it. Otherwise it the political process to release it would take too long and we would be gone. We were disappointed and quite upset. We had paid a shipping company to take care of this and I guess their international partner was not being so cooperative with us. We were just going to do our best and see what happens.
That night we went out to see the town a bit. Visited several shops and also took an unexpected adventure through the city. We were wanting to go see this monkey place but we didnâ€™t quite know where we were going and spent much longer walking through an unfamiliar city than we preferred. Thank the Lord we made it back to the hotel!
The next morning we spent some time in prayer and worship on the roof of the hotel. We encouraged each other, sang over the city, praised God, and received strength from the Spirit. It was a very encouraging time. At one point we were praying over Duane and lifting him up and out of nowhere this dog came up on the roof and went straight to Duane. He seemed tame and healthy. It was crazy because we were just asking God to bless Duane and it was almost like that dog going to Him was a sign of Godâ€™s attention to him. Just kinda cool.
At noon, we loaded up our luggage inside and on top of a van and made our way towards the orphanage. Again, people, motorcycles, and buses filled the streets. I was a bit more familiar with the chaos of traffic this time around but still mesmerized to see the crazy close calls and the closeness of the next driver. Although it was sure fun to offer a smile in slow traffic and have people respond likewise.
After about an hour or crawling out of the city and into the valley we stopped on a empty road and were told this is it. I didnâ€™t see anything. After a bit of unloading I realized we were to walk down a rocky hill to the orphanage. Vans couldnâ€™t make it down. It took us quite a while to unload and drag our stuff down the hill but it was way worth it. It started to rain a bit but with what happened next I was unconcerned. 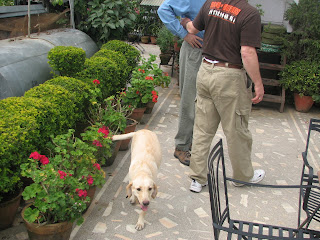 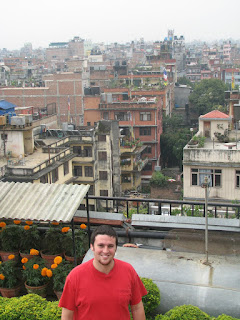 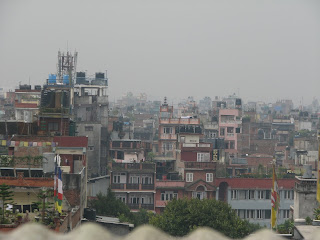 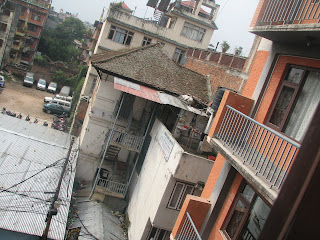 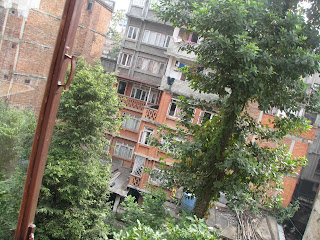